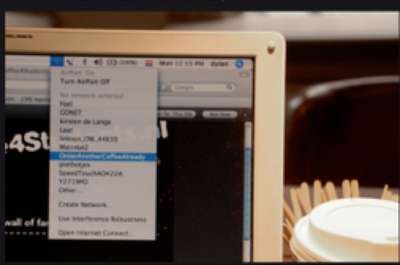 The 'BuyAnotherCupYouCheapskate' Network is Always Free

The names of CoffeeCompany Wi-Fi networks aren't terribly offensive, but with names like "BuyCoffeeforCuteGirlOverThere?" and "BuyAnotherCupYouCheapskate," they're sure to draw attention.

The campaign was created by CoffeeCompany in conjunction with the THEY Amsterdam ad agency.

Implications - Consumers are bombarded with messages left, right and center. To differentiate your business from the competition, a great route to take could be shockvertising. While possibly controversial, this form of advertising can really strike an emotional chord with consumers and spark calls to action that result in profit.
1.9
Score
Popularity
Activity
Freshness

Make-Your-Own Burger Ads
In France, Burger King is Sharing How to Make a Whopper at Home