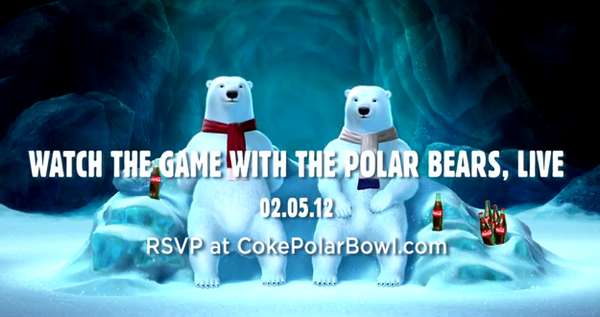 In addition to a few animated TV teaser ads, the Coca-Cola polar bears campaign will include an interactive social media element. Fans can visit the campaign's dedicated website or Twitter account to see the bears react to game plays and hear their comments during the halftime show. The polar bears will be using the hashtag #GameDayPolarBears to share their thoughts during the game on Twitter.

According to Coca-Cola North America's president and general manager of sparkling beverages Katie Bayne, the centers on making Coca-Cola part of the fun and family element of watching the Super Bowl. She adds, "Our bears will come to life on television, digital and mobile screens, as they invite people everywhere to join them watching the big game live from the arctic.”
1.8
Score
Popularity
Activity
Freshness
Get Better and Faster