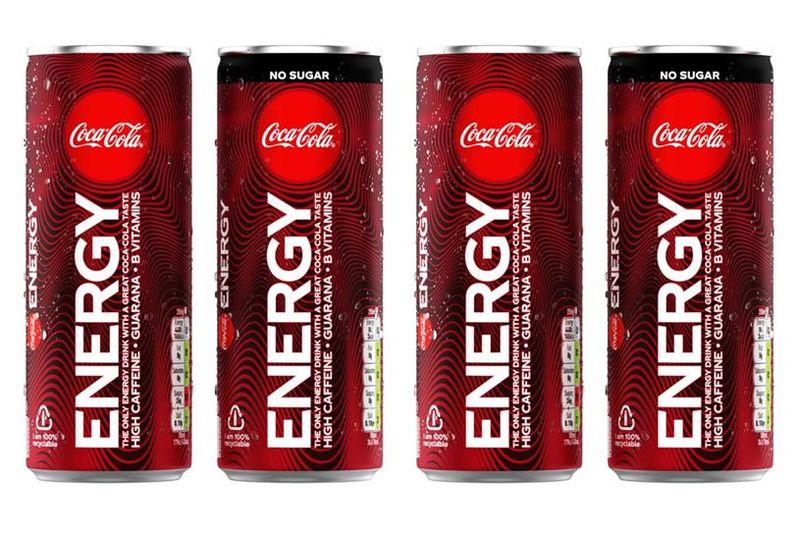 Laura McQuarrie — March 28, 2019 — Lifestyle
References: coca-colacompany & campaignlive
This spring, Coca-Cola Energy is launching in Europe as the first energy drink under the Coca-Cola brand. The canned drink provides caffeine from naturally derived sources along with B vitamins, guarana extracts with a familiar Coca-Cola taste and without any taurine. Providing the taste of Coca-Cola and a formula that spotlights naturally derived ingredients are two features that were paramount to the development of Coca-Cola Energy.

In comparison to regular Coca-Cola, Coca-Cola Energy provides three times as much caffeine, offering a new way for consumers to support themselves throughout a busy day.

Alongside the regular Coca-Cola Energy, a no-sugar, no-calorie version of the product is also set to be launched in cans of the same size.
5.7
Score
Popularity
Activity
Freshness