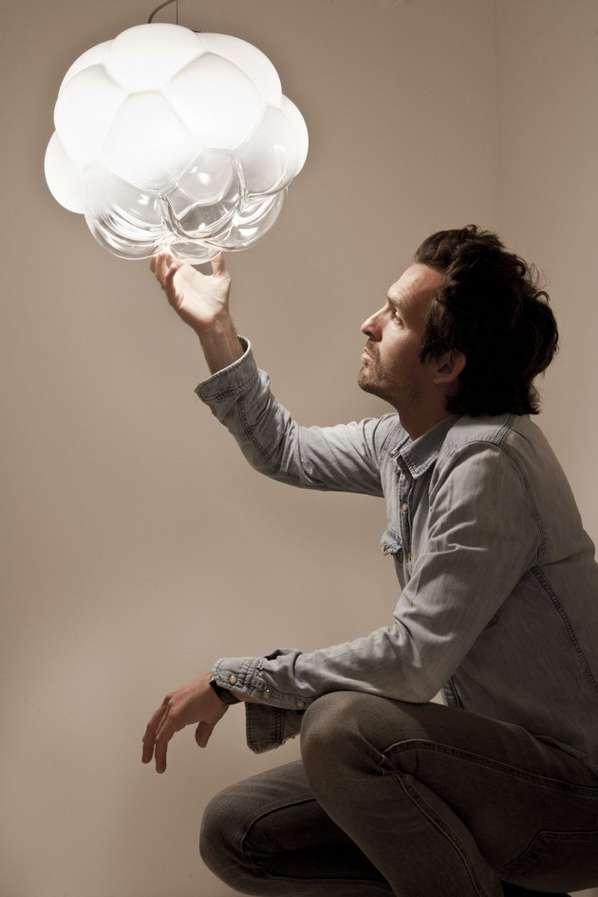 Cloudy by Mathieu Lehanneur is Light and Airy

Meghan Young — May 21, 2013 — Art & Design
References: mathieulehanneur.fr & contemporist
Share on Facebook Share on Twitter Share on LinkedIn Share on Pinterest
Cloudy by Mathieu Lehanneur, a designer based in Paris, France, is a pendant light fixture that looks like a mass of clouds as its name suggests. A beautiful and whimsical design, it appears to float above the ground in an enchanting way. Similar to the designer's S.M.O.K.E. Lamp, it has a cartoonis bubbly silhouette that gives it that impression.

Created for Fabbian, Cloudy by Mathieu Lehanneur may have a minimalist appeal, but it was rather complicated to create. As the designer states, "Cloudy is a paradox!" Made with the help of complex steel moulds, the fixture mixes high-luminosity LEDs with clear white glass to create the illusion that it is the ray of sun after a rainy day.
4.1
Score
Popularity
Activity
Freshness
View Innovation Webinars