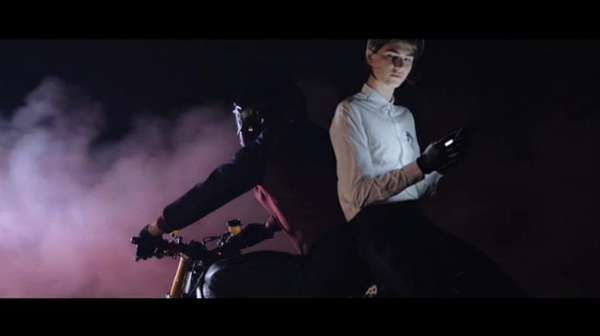 Kenzo's F/W 2013 campaign shoot focuses on surrealism, but this video embraces real movements, just in a dramatized way. Aside from the stunt drivers, model Marcele Dal Cortivo makes eerie appearances where she nonchalantly sits in the backseat of a motorbike or stands solitude in a cloud of pink smoke.