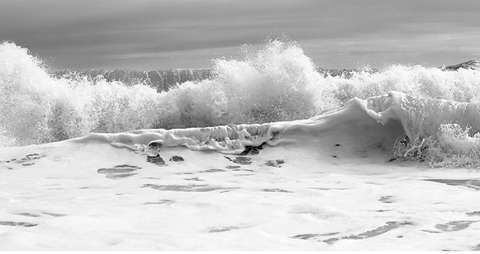 Gil Haddi — November 27, 2012 — World
References: cliffordross & sweet-station
With major events such as Hurricane Katrina, Hurricane Sandy and so many more plaguing the world, the Clifford Ross Hurricanes photography series captures one of the impressive side effects of these natural disasters.

As winds howl and storms brew, most people would rather be tucked up safely indoors with a cup of something warm and a nice book, but not Clifford Ross. He would rather be out in the thick of the storm, right in the ocean to get extreme action shots of giant waves rushing towards him. He sits deep in the waters while a rope keeps him tethered to an assistant on shore.