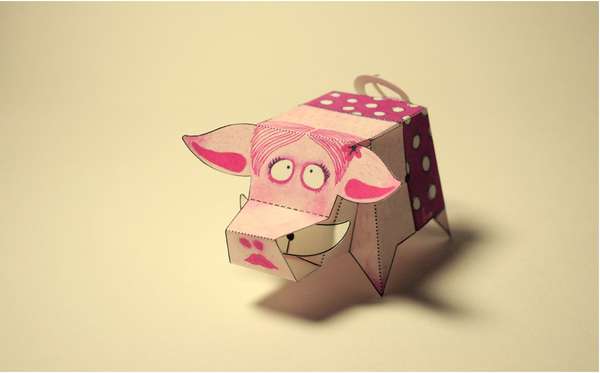 From pink piggies to brown bovines, these Claudiu Stefan paper craft toys have a charming farmhouse feel. A stop motion video with these kooky characters is just asking to be made. The expressions that have been given to the animals already seem like they're ready to go since there is so much personality to all of their individual looks.

So far, Claudiu Stefan has the designs for a fox, pig, cow, cat, dog and bear. With designers like him exploring the possibilities of paper crafts, this up-and-coming medium may rise to the same level with which clay animations have risen.
3.3
Score
Popularity
Activity
Freshness
View Innovation Webinars