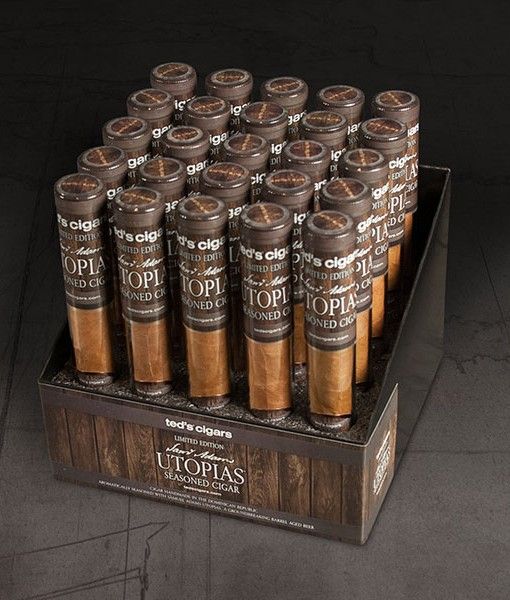 The ‘Utopias’ comes in a box of 25 cigars. The cigars are all seasoned with different brews finished in port and bourbon casks. On Ted’s site, he informs buyers that the beer is also blended with “Samuel Adams Kosmic Mother Funk, a Belgian-style ale aged for up to two years in Hungarian oak tuns”.

The reason behind using Utopias for a beer-seasoned cigar is because of the beer’s rich, nutty and fruity notes that harmonizes with the complex taste of the cigar. Pairing the toffee and woody flavors with the “Dominican Republican, Nicaraguan and Brazilian tobacco blend,” creating the perfect balance between satisfaction and taste.
3.3
Score
Popularity
Activity
Freshness
Attend Future Festival