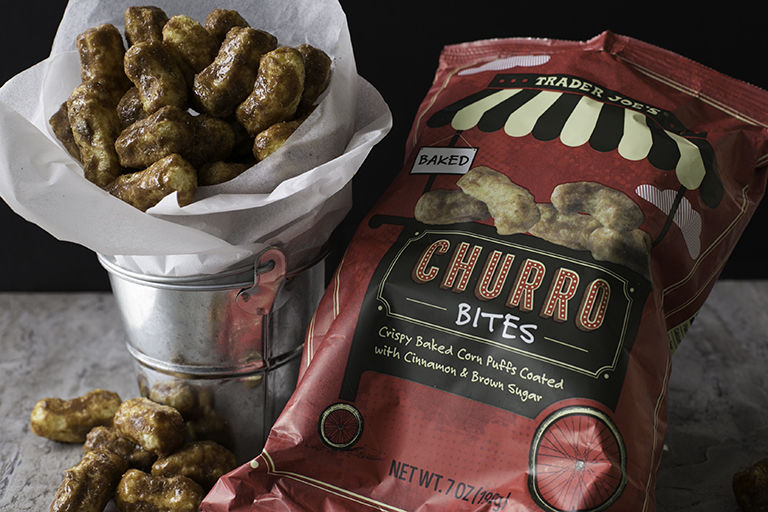 Laura McQuarrie — January 22, 2018 — Lifestyle
References: traderjoes
Share on Facebook Share on Twitter Share on LinkedIn Share on Pinterest
Trader Joe's recently launched its 'Churro Bites' as a simple, satisfying way to curb one's sweet cravings without having to line up at a snack stand at a county fair or theme park. As well as making a snack stand favorite readily available from a grocery store, Trader Joe's also notes that: "we’re selling each 7-ounce bag of Trader Joe’s Churro Bites for $2.49," which it mentions is more affordable price for churros than at the movie theater, a theme park, the circus or other similar venues where the fried dough pastries are commonly served.

The bagged snacks transform cornmeal into corn puffs that are topped with caramlized brown sugar, corn syrup and cinnamon. Trader Joe's Churro Bites also offer a healthier take on churros, as its recipe is baked rather than deep-fried and made with corn syrup, which it says is not to be confused with high-fructose corn syrup.
4.6
Score
Popularity
Activity
Freshness
View Innovation Webinars