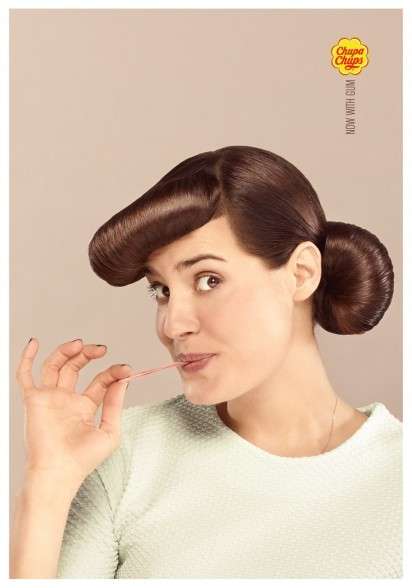 The Chupa Chups Now with Gum Campaign is Simple and Retro

Meghan Young — May 8, 2013 — Marketing
References: tbwa & ibelieveinadv
Share on Facebook Share on Twitter Share on LinkedIn Share on Pinterest
The Chupa Chups Now with Gum ad campaign is at once simple and clever. It depicts three models, each of which appeals to a different demographic, playing with their gum in a way that would often warrant a minor chiding from their mothers. But by pulling it out in the way they are, the gum in turn resembles the stick of the lollipop as well. Thus, the imagery works to bring both the lollipop and gum to mind simultaneously.

Conceived and executed by the TBWA ad agency branch based in Barcelona, Spain, the Chupa Chups Now with Gum ad campaign also embraces a subtle retro vibe in the form of hairstyles and accessories. Art directed by Fer García with creative direction by Joan Vidal, the images were photographed by Pep Ávila.
3.2
Score
Popularity
Activity
Freshness
View Innovation Webinars