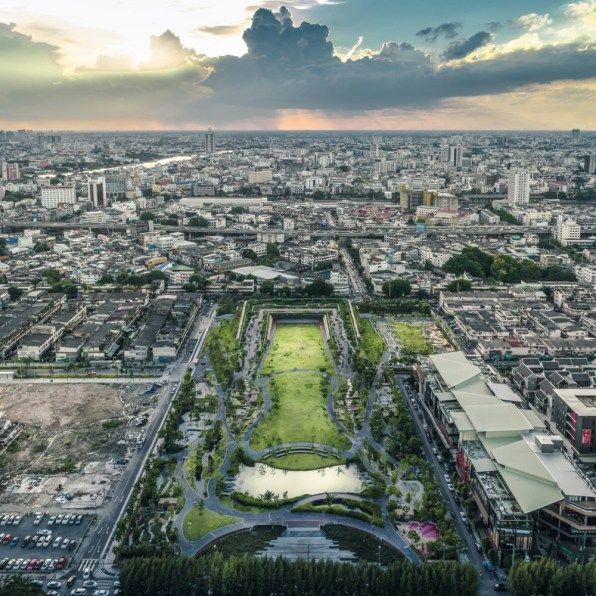 Laura McQuarrie — August 20, 2018 — Art & Design
References: landprocess.co.th & fastcompany
There are tons of environmental campaigns that have offered warnings about flooding as a result of climate change, as well as projections that have been made about cities that could eventually be submerged in water—Bangkok's Chulalongkorn Centennial Park is a forward-thinking new development that is designed to help control and accommodate increasing flooding in the city.

The impressive 11-acre park, designed by urban design firm Landprocess, has been created to hold nearly a million gallons of rainwater, which means that flooding will be directed to the garden site rather than the streets of the city.

The carefully considered slope of the park means that the city will be able to collect water in large storage tanks and use it to irrigate the park, filter the water and fill ponds.
3.3
Score
Popularity
Activity
Freshness