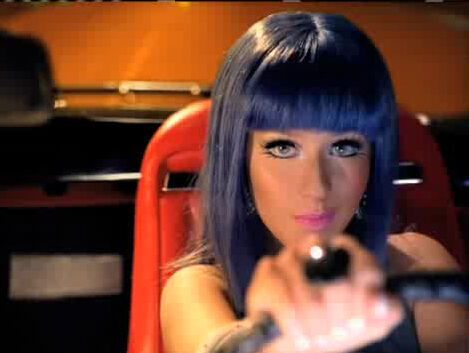 In the Keeps Gettin Better video, Christina Aguilera sports her signature incredible long, platinum blonde locks, this time with thick frontal bangs. She rocks a few different looks as the clip progresses, including a bright blue wig Britney Spears would envy, and a galactic body suit very fitting with this year’s superhero obsession. It’s her body that steals the show though. Her post-baby bod rocks; she’s toned and fit, and not afraid to show it off.

In the past, Christina Aguilera has launched several videos on MTV’s TRL, but the show will air its last ever episode in the next few weeks, so she chose instead to debut the clip on November 3 on iLike.com.

We found the clip early though, as can be seen above.