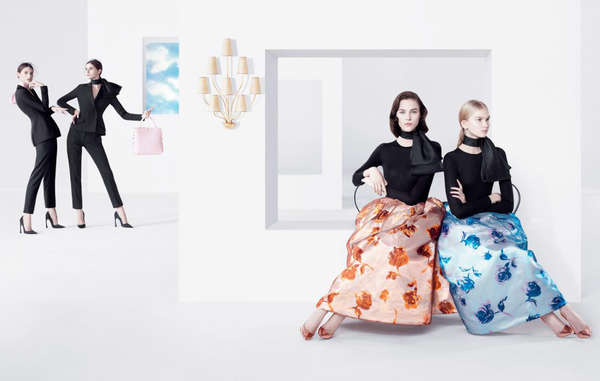 Following the controversial departure of its former creative director John Galliano, Dior has been subject to intense scrutiny. Yet, the creative reign of Raf Simons has begun with success as Spring 2013 received widespread acclaim for its tasteful revamp of Dior's style. This campaign, photographed by Willy Vanderperre, is testament to the brand's modernization.