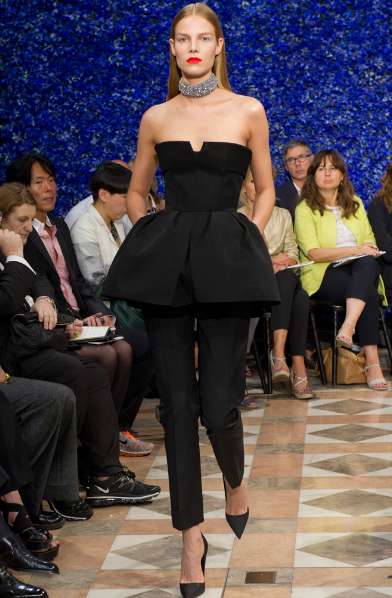 The construction and tailoring of this collection is impeccable, resulting in architecturally beautiful pieces. The show opens off on an androgynous note with streamlined pantsuits fitted with peplum waists and all-black silhouettes. The second half of the show takes on a more aristocratic look, with bell-shaped ball gowns dominating the runway. Dior’s love of flowers has been translated into the collection through subtle textured rosettes. The punchy coral lips add a striking focal point against the model’s porcelain skin.

Wearable, yet crafted to perfection, the Christian Dior Fall 2012 Couture collection proves why Simons holds an influence over the fashion world.