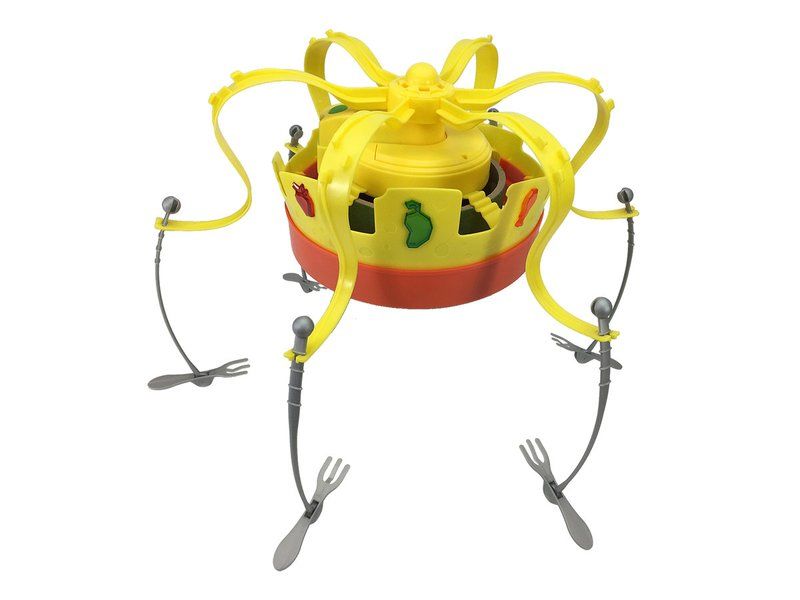 Laura McQuarrie — February 13, 2018 — Life-Stages
References: hasbro & foodandwine
'Chow Crown' is the name of a quirky, food-centric new game from Hasbro that is set for a release in the fall.

The premise of the zany game is incredibly simple: after putting on the crown-like hat, one must eat as many snacks as possible from the dangling forks that spin around one's head. When it comes to the snacks that may be used in the game, the possibilities are endless. Since no snacks are included, players can rig up the musical crown with everything from mini marshmallows to cubes of cheese and pieces of fruit.

As simple as the game sounds, it has the potential to be a challenging activity that reminds of musical chairs—with eating involved.