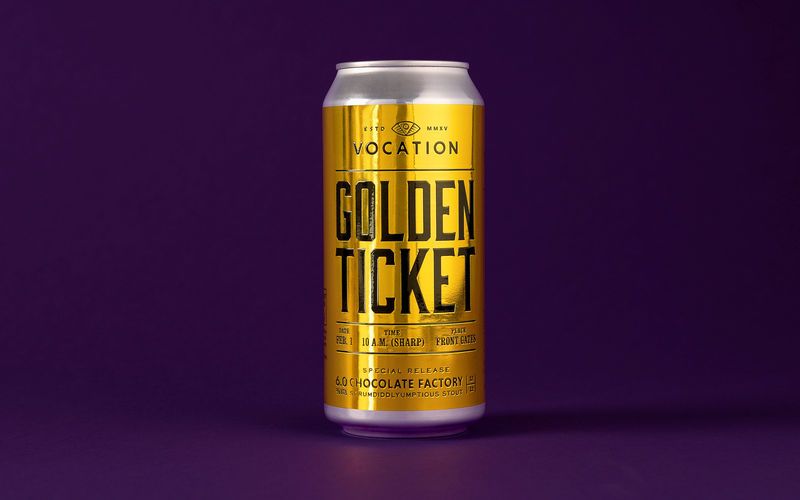 Laura McQuarrie — January 16, 2020 — Marketing
References: vocationbrewery & thedieline
Share on Facebook Share on Twitter Share on LinkedIn Share on Pinterest
Vocation Brewery took inspiration from the whimsical world of Willy Wonka for its own take on a chocolate stout, which represents the last release as part of the 2019 Vocation Brewery Special Series. Like the golden ticket found in Charlie and the Chocolate Factory, the beer can is bright and brilliant from every angle, offering a nostalgic design for the Chocolate Factory Scrumdiddlyumptious Stout.

Seemingly as if it was pulled straight out of Willy Wonka's factory, the quirky stout from Vocation Brewery is described as a brew made with "pure imagination and mixed by a waterfall, a tremendous, milky chocolatey treat."