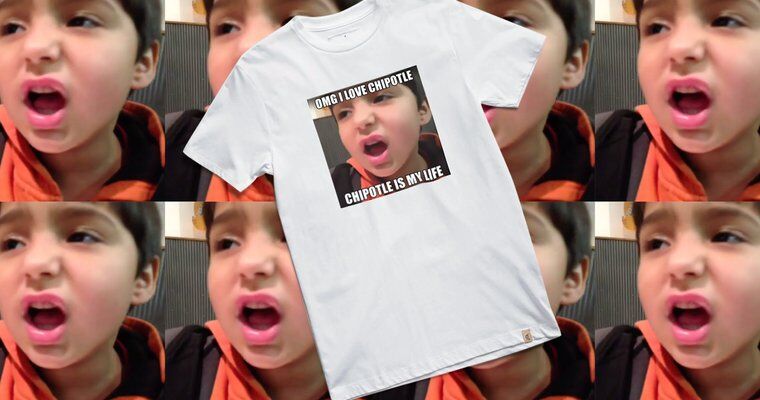 Chipotle Created Its 'OMG, Chipotle is My Life' Tee for Meme-Savvy Fans

To launch the merch, the company teamed up with the boy that was featured in the 2014 video, a now 12-year-old Roy Murray. In addition to the tee that spotlights the meme, the company announced that it would be launching the bowl that led to Murray's reaction, which features "double white rice, black beans, chicken, tomatillo-red salsa, roasted chili-corn salsa, sour cream and cheese."

To thank Murray for being one of its "first viral super fans," Chipotle is gifting him the coveted Chipotle Celebrity Card, which provides him with free food at any of its locations.