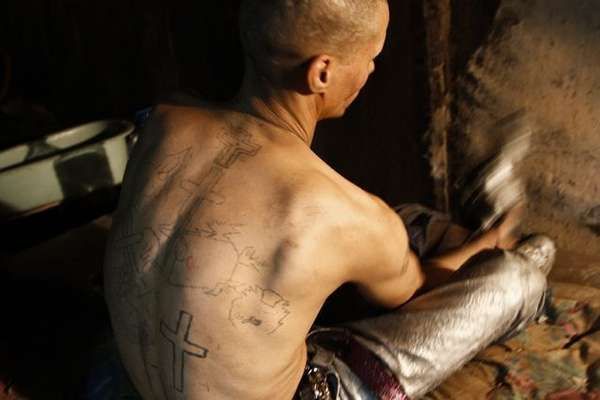 The Children of the Sewer series was shot in the Garde Du Nord train station, a popular Bucharest hub. Although it appears to be a mere transit route, the station has actually become home to over 5,000 inhabitants. Children, teenagers and pregnant women alike have teemed the railways in search of shelter and refuge.

To the dismay of many, the underground culture has been known to sniff Aurolac, a toxic paint substance. Coupled with a highly unhygienic environment, the pervasive substance abuse has blossomed into an even greater problem.

Thanks to Paduano, the Children of the Sewer exhibit has brought some much-needed attention to this grief-stricken community. Although Bucharest politics are in part responsible for the situation, drawing international attention to the issue will prove to be beneficial.