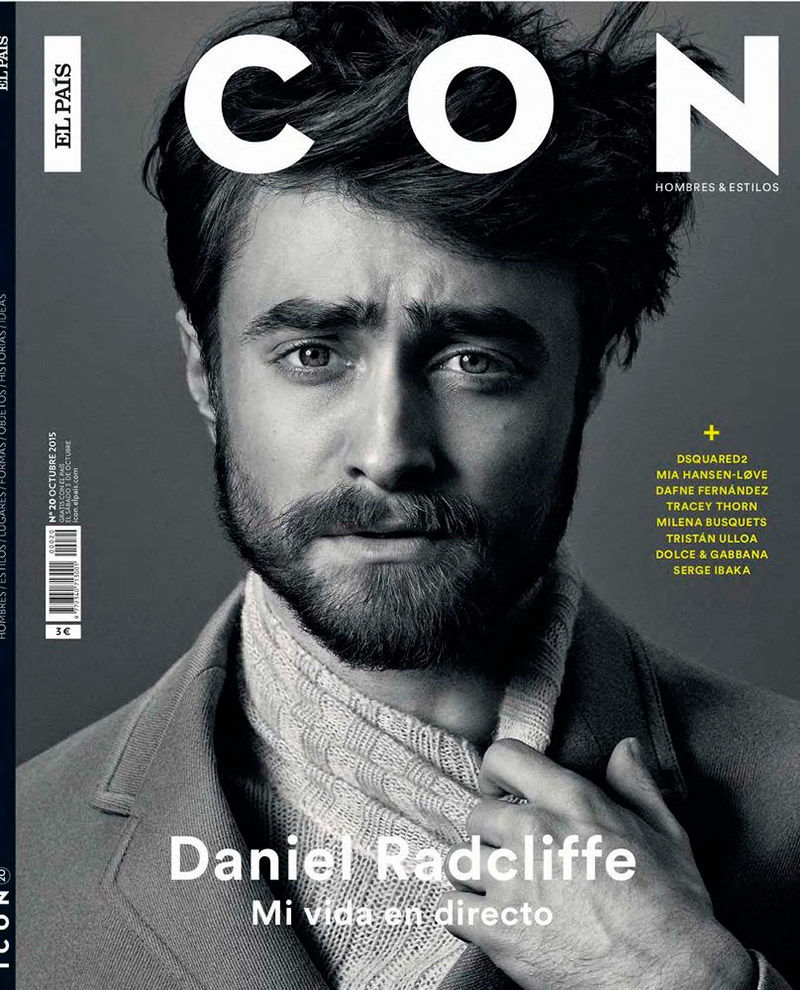 Jana Pijak — October 7, 2015 — Fashion
References: fuckingyoung.es
This elegant child star editorial features Harry Potter's leading man Daniel Radcliffe. Showing off a more mature and bearded look, the British star proves he is all grown up and ensures he is no longer living in the shadow of his most recognized role.

After retiring his Harry Potter role, Daniel Radcliffe has starred in a variety of stage and screen adaptation and has showcased a diverse acting range. Lensed by photographer Michael Schwartz, this black and white image series is captured for Icon magazine.