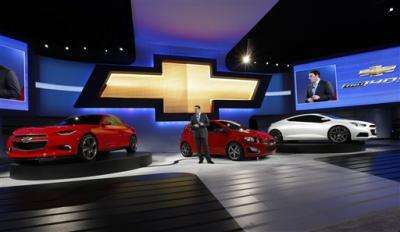 Katherinev123 — January 10, 2012 — Autos
References: mercurynews & psfk
Share on Facebook Share on Twitter Share on LinkedIn Share on Pinterest
Chevrolet has revealed two new car models, the Chevy Code 130R and Tru 140S, which are to be targeted at the Millennial generation. They were revealed at the 2012 Detroit Auto Show, where the carmaker asked this growing market segment to provide feedback on the design of the cars' interiors, neither of which have been made.

Both the Chevy Code 130R and the Tru 140S are four-person vehicles and feature 1.4-liter turbo engines and about 150 horsepower. At the auto show, the carmaker surveyed thousands of Millennials to get their opinions on the vehicles' styling and features, such as Wi-Fi integration.

When it comes to driving and cars in general, the Millennial generation seems to need a bit more of a push then previous generations. According to Chevrolet's global marketing senior manager John McFarland, Millennials care much less about cars and brands than they do for things like their cellphones and computers.
2.5
Score
Popularity
Activity
Freshness
Get the 2021 Trend Report FREE