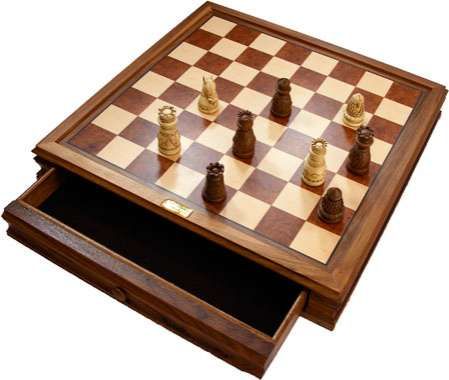 Extraordinarily Creative Artworks Inspired by the Classic Game of Chess

Some of the interesting themes of the pieces are connected to other trends such as movies and history - or lifestyles. Some examples include Star Wars, Alien (the movie), Gothic, Celtic, civil war, marijuana, and even Armageddon, as in the last days of mankind.

The outdoors are also part of the chess-themed mix, as huge chess boards are placed for conversation pieces, games, and part of the landscaping look.

A number of chess boards are also being developed with bases underneath which can be pulled out and hold objects of your choice, and they look good too.
1
Score
Popularity
Activity
Freshness
Get Better and Faster