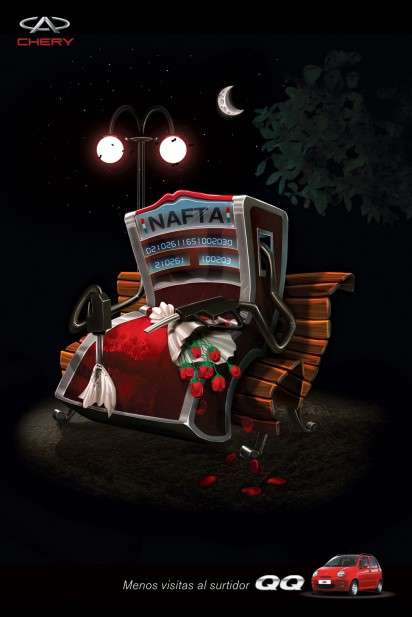 The Chery QQ Ad Campaign Focuses on Nostalgia for the Past

Meghan Young — July 19, 2011 — Autos
References: ogilvy & ibelieveinadv
Share on Facebook Share on Twitter Share on LinkedIn Share on Pinterest
As good as it might be that drivers will have to make less and less stops to the gas station thanks to more eco-friendly and economical vehicles, the Chery QQ ad campaign shows the flip side of this script. While drivers might be living happier, healthier and even wealthier lives, these once necessary gas stations will become lonely with neglect.