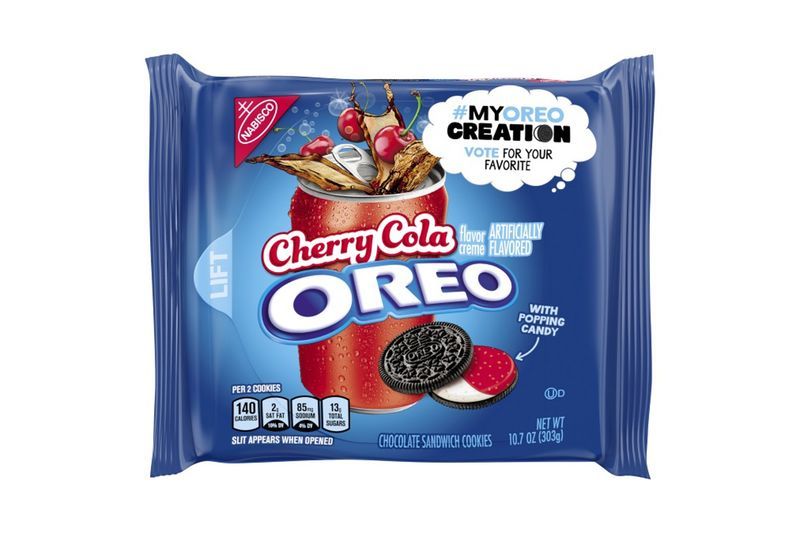 The Cherry Cola Oreos are a result of the brand's #MyOreoCreation content from last year, which allowed consumers to come up with their own unique flavors to have the chance to win, and see their creation produced for the public. The soda-inspired cookies feature two kinds of icing in the middle, with half using the brand's regular recipe, while the other side is cherry red and flavored like the beverage. Further highlighting the soda inspiration in popping candy that's in the red icing, making it feel as though consumers are sipping on the popular drink as they eat.

The other flavors to come from the content are Kettle Corn Oreos and Pina Colada Oreo Thins, which will release with the Cherry Cola Oreos in May 2018.
3.2
Score
Popularity
Activity
Freshness
Get Trend Hunter Dashboard