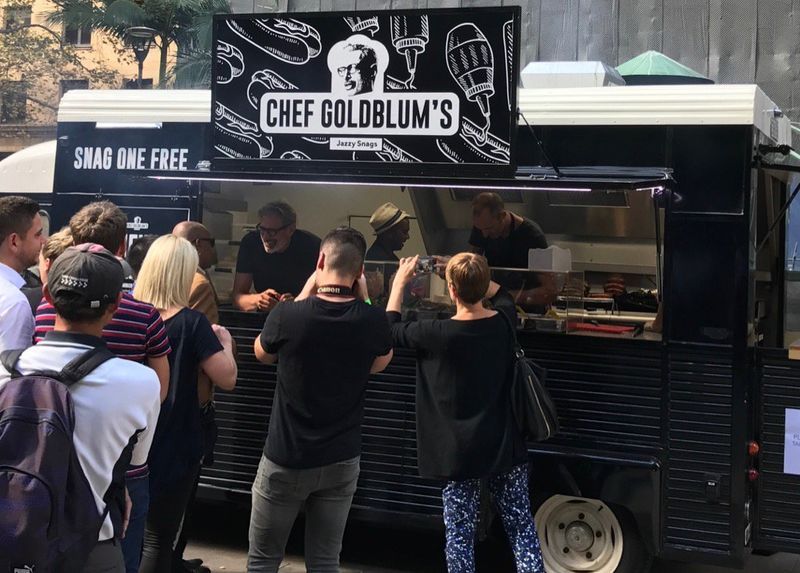 As of yet, it's unclear as to whether Chef Goldblum's Jazzy Snags is part of a promotional tour for any of Goldblum's projects. Though the actor recently announced that he would join the cast of an upcoming Jurassic Park reboot, there was no Jurassic Park branding or messaging to be found anywhere on the truck.