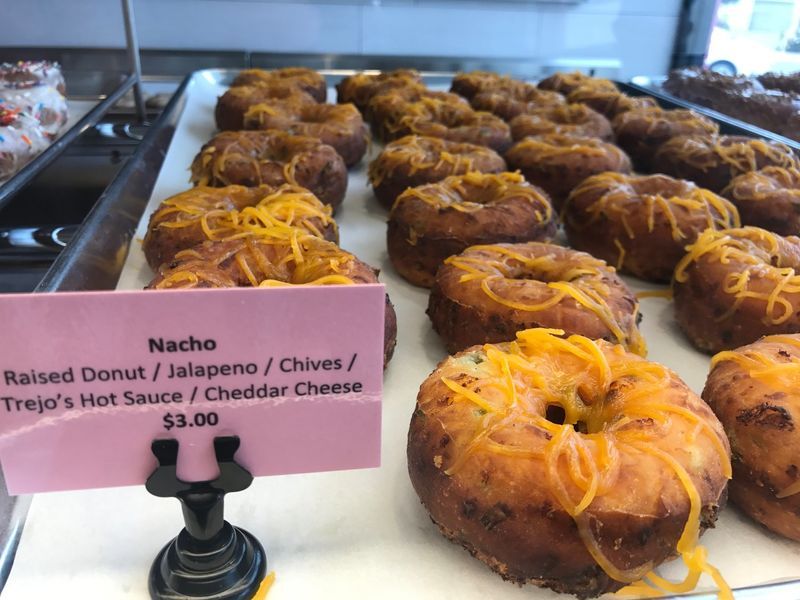 Some of the most interesting donuts on the menu include the Margarita, which is made with salt, lime and tequila, the Dulce De Leche and the Three Amigos, all of which play on Trejo's Mexican ancestry. There's also a savory donut identified as the 'Nacho,' which takes the form of a raised donut that's loaded with unusual ingredients like jalapeno, chives, cheddar cheese and Trejo's Hot Sauce.