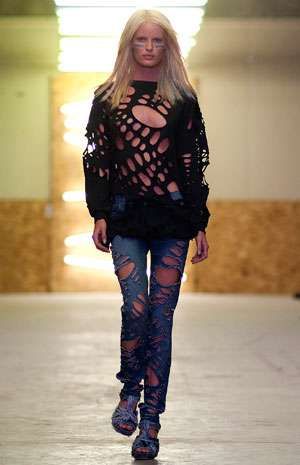 Upgrading from the torn, tattered and ripped looks of Fall 2009, the Cheap Mondays Spring 2010 line introduces more manicured, yet more flesh-exposing, looks for the next season. The collection was also heavy on denim, with plenty of jean jackets and even blue jean sandals.

The Swedish brand was already popular among younger demographics, but London-based designer Ann-Sofie Back pushed the Cheap Mondays Spring 2010 collection to the next level of edginess, where it now rests happily on the fringe of youth.
0.5
Score
Popularity
Activity
Freshness
Get Trend Hunter Dashboard