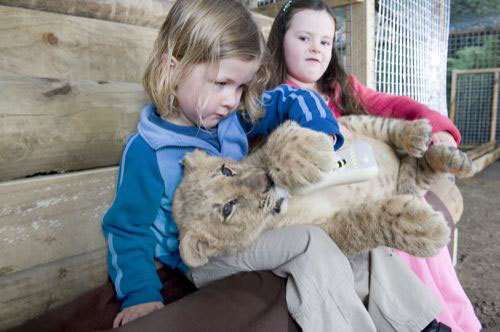 Tiana Reid — June 3, 2010 — Lifestyle
References: thefrisky & jezebel
As a kid, I've always dreamed of having an exotic animal like a monkey or a panda as a pet; alas, my dreams weren't answered, but the three-month old Chase lion cub has answered the dreams of five-year-old Aliya and three-year-old Ryan. Chase was separated from its mother after her milk dried up and now is being fed a special milk formula of calcium, eggs, and kitten and puppy formula.

At first, the Chase lion cub was allowed to sleep on the kids' beanbags and roam around free in the house. Cuddling with a cub--a dream come true!
3.4
Score
Popularity
Activity
Freshness