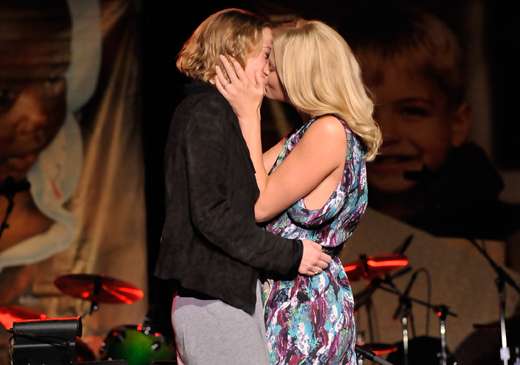 Charlize Theron Kisses a Girl for a Good Cause

WWTDD.com says that Charlize Theron was originally selling a 2010 trip to South Africa bundled with World Cup tickets, a meeting with Nelson Mandela and a safari, but added a 7-second kiss (with a male) for $130,000. "After one man bid $135,000, a woman upped the stakes to $140,000 — ascending the stage for a 20-second smooch as the audience counted down,” WWTDD continues. So when Charlize Theron kisses a girl, the whole world watches.
4.5
Score
Popularity
Activity
Freshness
Attend Future Festival Virtual