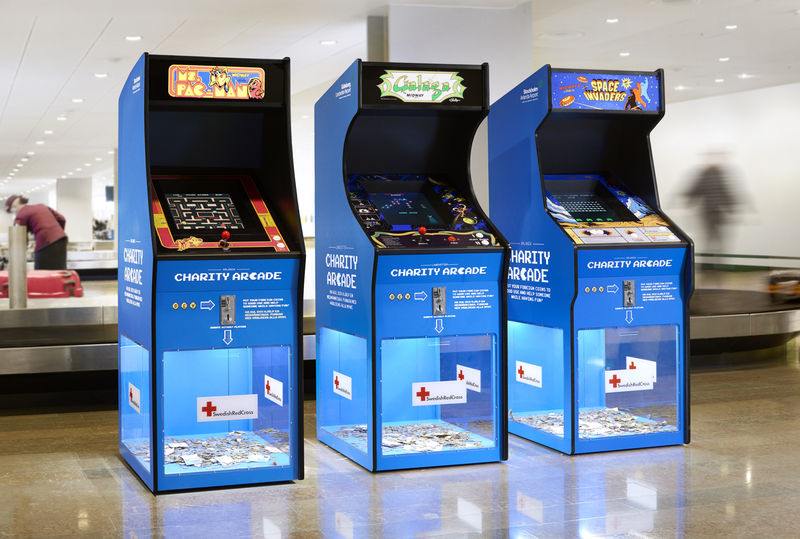 Rebecca Byers — March 11, 2015 — Social Good
References: youtube
A partnership between the Red Cross and Swedavia, Charity Arcade is an innovative concept that sees the installation of gaming consoles in airports across Sweden that raise money for the Swedish branch of the charity. Swedavia, a state-owned network of 10 airports within Sweden, will install the machines in each of its airports.

Each Charity Arcade will include Ms. Pacman, Space Invaders and Galaga, and will accept a wide range of currencies. The Charity Arcade is a fun and engaging twist on traditional methods of collecting foreign currency at airports for charitable causes from travelers who likely have no use the small amounts of change they often return home from trips with.

The Charity Arcade is an ingenious way of engaging travelers in the cause in a fun and altruistic way.
6.1
Score
Popularity
Activity
Freshness