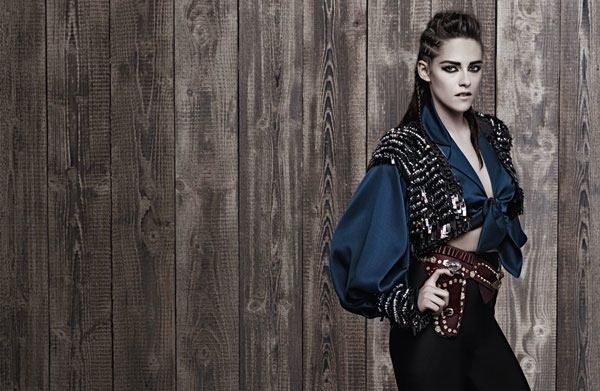 The actress may not be the first person who comes to mind when you think of Chanel, but Karl Lagerfeld has always been a fan of hers. There were rumors last year that the star would be the face of the Chanel Pre-Fall 2014 campaign, and now it seems like they were true with the recent release of these images.

The 'Twilight' celeb looks alluring, intense and sultry as she poses in Karl Lagerfeld's latest western-inspired pieces. The new collection features a lot of glam fringe, classy American flag print bandanas and plenty of denim, as is expected.

“Basically and obviously, he is so much more than a fashion designer; he is a true renaissance man, one of the greatest artists of our time,” says Stewart about Lagerfeld.
4.3
Score
Popularity
Activity
Freshness
Get Better and Faster