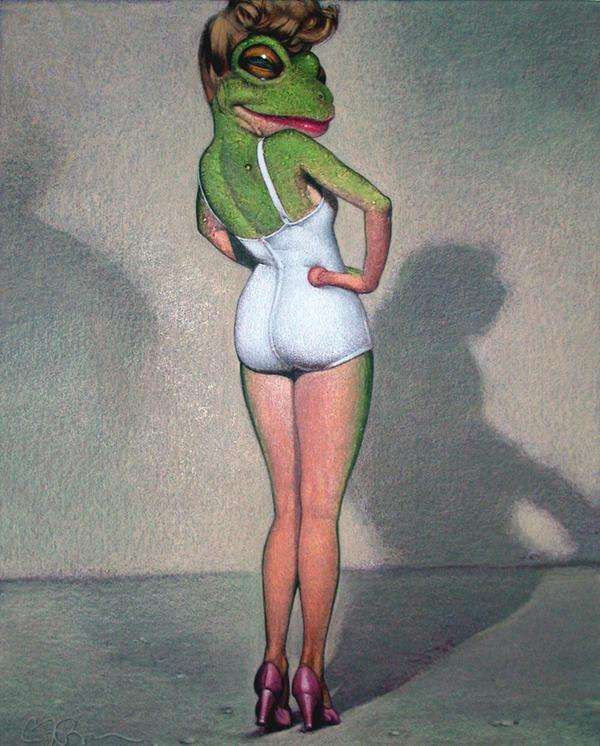 This CF Payne Series is Imaginative and Peculiar

Payne is regularly commissioned to paint famous figures like politicians, entertainers and authors. As seen in his work featured here, he usually takes artistic licensees.

One of the pictures in this series, titled 'Americana,' depicts the five apostles of communism -- Lenin, Stalin, Marx, Trotsky and Mao -- as polar bears -- why not? In another frame, Payne portrays a man-sized frog playing the bagpipes in full highlander attire. Another painting shows a creature that is a woman from the waist down but a frog from the waist up; this frog-woman creature poses in such a way as to resemble Marilyn Monroe.
5.2
Score
Popularity
Activity
Freshness
Jeremy Gutsche Keynote Speaker