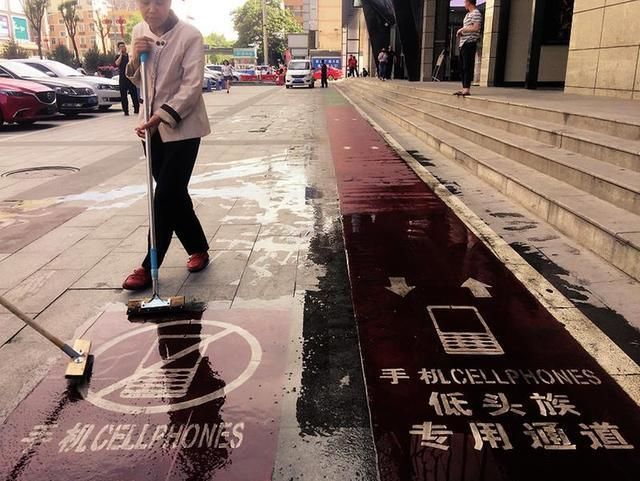 A Cellphone Footpath Has Been Introduced in China

Justin Lam — June 18, 2018 — Tech
References: china.org.cn & cnet
Smartphone addiction can sometimes lead to catastrophic accidents, that's why the city of Xi'an in northern China recently opened cellphone footpath for those who can't keep their eyes off a screen. Known as the Yanta Road footpath, this pedestrian-focused part of the street is reportedly 100 meters long and 80 centimeters wide. The cellphone footpath is located outside a shopping mall and is marked by an image of a phone and the word "cellphones" printed on the red path.

The idea of a cellphone path may draw criticism, or laughter, from some but this unique concept aims to improve safety in the city. Security personnel were routinely steering drivers away from cellphone users who filled the streets. This new cellphone footpath is the second in China, as the first appeared in Chongquing in 2014.