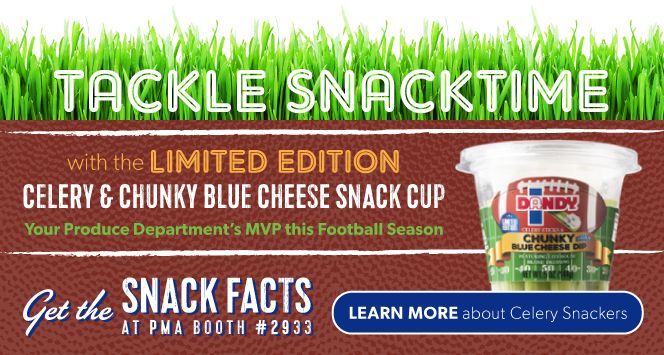 Katherine Pendrill — October 21, 2016 — Lifestyle
References: dudafresh & preparedfoods
Share on Facebook Share on Twitter Share on LinkedIn Share on Pinterest
Duda Farm Fresh Foods recently debuted a limited-edition Dandy Celery Snack Cup, that celebrates the start of football season in a healthy way. Instead of chowing down on chicken wings and pizza, consumers can satisfy their tailgate cravings with a healthy, yet flavorful snack alternative.

The new Dandy Celery Snack Cup comes in a blue cheese flavor that will be available for the duration of the football season. The celery and dip is pre-packaged in a convenient, single-serve cup so that consumers can easily snack on the go.

To make the handy snack packs even more appealing, each package gives consumers a chance to win two tickets to the Big Game as part of the brand's 'Dip It 2 Win It!' promotion. As Duda Farm Fresh Foods president Dan Duda explains, "This is the time of year when people are naturally buying more celery to enjoy while tailgating, so we wanted to offer something special to football fans – tickets to the Big Game."
3.8
Score
Popularity
Activity
Freshness
Access Advisory Services