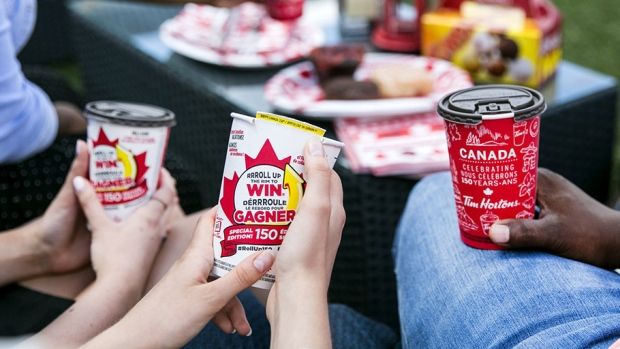 This coming weekend, Canada will celebrate its 150th anniversary. To mark the occasion, the iconic Canadian coffee shop chain, Tim Hortons, launched a surprise edition of its 'Roll Up the Rim' contest. This celebratory coffee contest is exciting for Canadian consumers because the Roll Up the Rim promo usually only happens once a year. To enter, consumers simply need to purchase a coffee and unroll the rim to see if their cup has earned them a prize. For this round of the contest, Tim Horton's is giving away food and drink prizes like its donuts and new lattes. They are also giving away one of ten "Ultimate Canadian Vacations."
3.2
Score
Popularity
Activity
Freshness