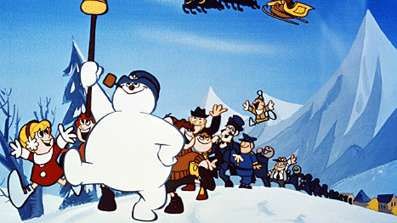 Instead the CBS Frosty the Snowman mash-up shows Frosty in familiar scenes from the cartoon, but with a dubbed voice saying inappropriate lines from “How I Met Your Mother” and “Two and a Half Men.”

Bob Peters, president of Morality in Media, shares his disgust in this statement to FoxNews: “Legal matters aside, it should go without saying that CBS TV ought to be ashamed of itself—using an animated Christmas season setting, complete with young children, to chat about strippers, whores, pornography, sadomasochism, sexual promiscuity, and more.”

The CBS Frosty the Snowman video was intended to promote two of the network’s comedy series and upcoming broadcasts of “Frosty the Snowman” and “Frosty Returns.” Instead, it has generated a lot of controversy and enough heat perhaps, to melt poor Frosty and his reputation.
5.3
Score
Popularity
Activity
Freshness
Jeremy Gutsche Keynote Speaker