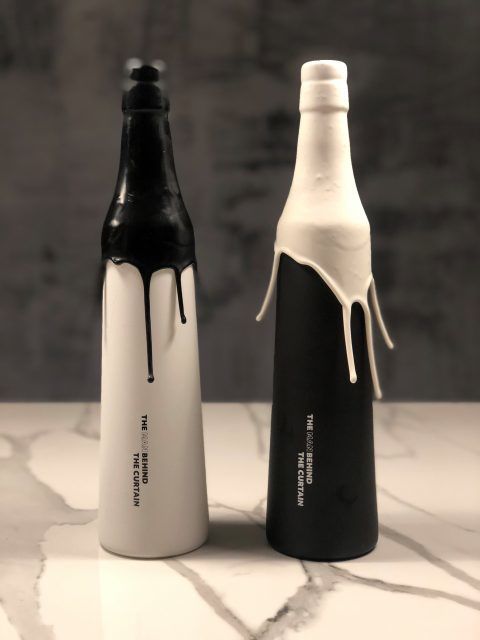 Slingsby and a Michelin-Starred Chef Made Gin with Caviar & Plankton

Laura McQuarrie — February 5, 2019 — Lifestyle
References: spiritofharrogate & thespiritsbusiness
Countless gin infusions have been concocted with herbs, fruit and spices but Slingsby Gin collaborated with a Michelin-starred chef on a unique new caviar-infused gin dubbed 'The Man Behind The Curtain.' The Man Behind The Curtain gets its name from the restaurant of the same name in Leeds, which was opened by chef Michael O’Hare.

The unusual gin spirit was distilled with botanicals from Yorkshire, as well as unconventional ingredients like Exmoor caviar and plankton. The finished result is a gin spirit that is described as savory and bold.

The gin will be served at the restaurant in Leeds in martinis, gin and tonics, as well as with spoonfuls of caviar and even with a semi-frozen dessert with lemon, all of which capture The Man Behind The Curtain's eccentric style and approach to flavor.
2.7
Score
Popularity
Activity
Freshness