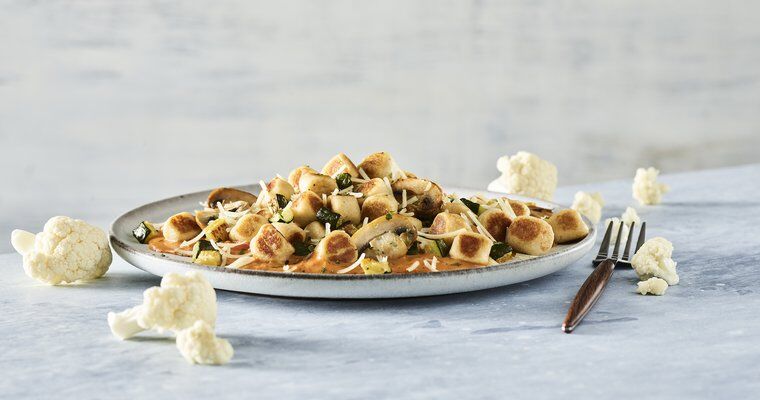 The two new dishes include a Cauliflower Gnocchi with Roasted Garlic Cream and Cauliflower Gnocchi Rosa, both of which include about one half of the carbs that a traditional pasta dish would. The use of cauliflower in place of typical pasta also makes the dishes well-suited to diners with gluten sensitivities, as well as those looking to include more vegetables in their diets.

Noodle & Co.'s Executive Chef and VP of Culinary Nick Graff spoke to the launch, stating "Gnocchi is a classic Italian pasta that I have long enjoyed, and we've elevated it from a dish that most people view as an occasional indulgence and transformed it into a healthy and flavorful option that our guests will feel good about eating any day."