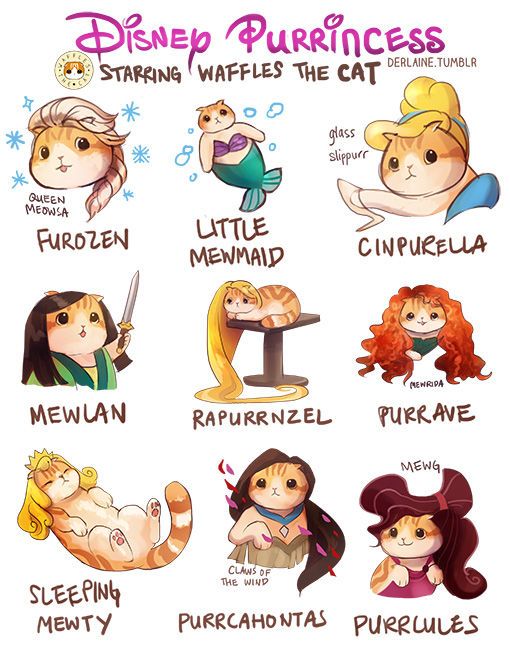 Based on her Scottish Fold cat, Waffles, Derlaine has drawn her cat in the guise of British celebrities, anime characters and Disney Princesses, complete with their corresponding names turned into hilarious cat puns. Sleeping Mewty, Rapurrnzel, Fur Mewtal Alchemist, Dragonpaw, Catsian Bale and Ewan McCatgor are just a few of Derlaine’s 30 pop culture cat puns. Funnily enough, I feel that it’s worth noting that Amazing Spider-Man star, Andrew Garfield’s name didn’t need to be turned into a pun.

With cute art and funny names, Derlaine has made a name for herself in the crowded arena of cat memes. As someone who’s not big into puns, I have to say my personal favorites amongst Derlaine’s cat puns are Tom Kittenston and Mewlan.