Four in the Morning Parallels 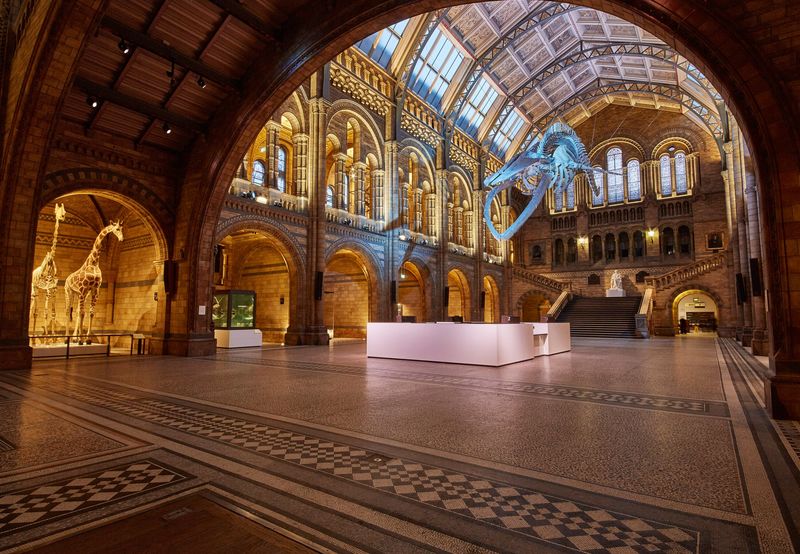 Riley von Niessen — July 24, 2017 — Art & Design
References: cassonmann & dezeen
Share on Facebook Share on Twitter Share on LinkedIn Share on Pinterest
For the past few decades, patrons of the Natural History Museum were greeted by the imposing cast of a dinosaur, however now that studio Casson Mann has revamped the foyer area, they'll be greeted by the massive skeleton of a whale instead.

Unlike the dinosaur cast that took up significant space on the floor, the whale skeleton hangs above the Natural History Museum's information kiosk, which doubles as a bar when night falls. Due to Casson Mann's change, the area has a lot more space available and the impressive ceilings are given more attention due to the whale's ability to attract the attention of all who enter.

Casson Mann's co-founder, Roger Mann, explained the studio's minimal approach by saying, "Over the years, all the different iterations of displays, and information and desks had got a bit ill-considered as a whole, so the starting point was to strip it right back to enjoy the amazing building that it is."
2.1
Score
Popularity
Activity
Freshness
Attend Future Festival