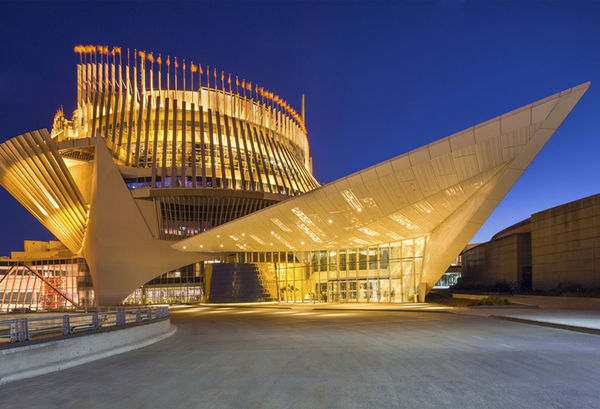 The Casino de Montreal by MSDL and Provencher_Roy Looks Futuristic

A circular area is the main central space of the structure, with everything revolving around this one section. Aluminum slats can be seen sticking out from the side of the building, adding an extra element of chicness to the building. Since the Casino de Montreal has been around for a while, the designers wanted to keep the tradition in the building, while still adding a few modern touches. These aluminum slats help with this, as they were also used in the former construction of the Casino de Montreal building layout.