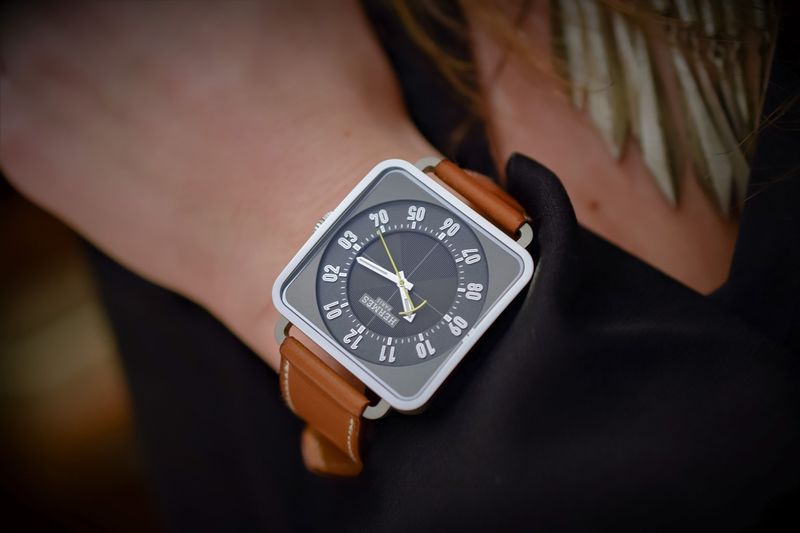 Amy Duong — January 29, 2018 — Fashion
References: hermes & hypebeast
The luxurious French fashion house Hermès debuted the Carré H, a watch designed in collaboration with Marc Berthier, a renowned designer and architect. The Carré H first captured attention at the SIHH 2018 convention in Geneva, where it made its first appearance. The name of the watch stems from the shape of it as "carré" translates to "square," resembling the micro bead-blasted steel casing.

The Carré H is crafted with new dials that are available in black or 'Anthracite Aray' with an 'opaline guilloché' center. The rim that surrounds the watch has either a sunburst or an opaline finish. To stand out, the face of the watch is designed to have a yellow T-shaped third hand. The soft straps are crafted from Barenia calf skin and closed with a pin buckle.
5.8
Score
Popularity
Activity
Freshness