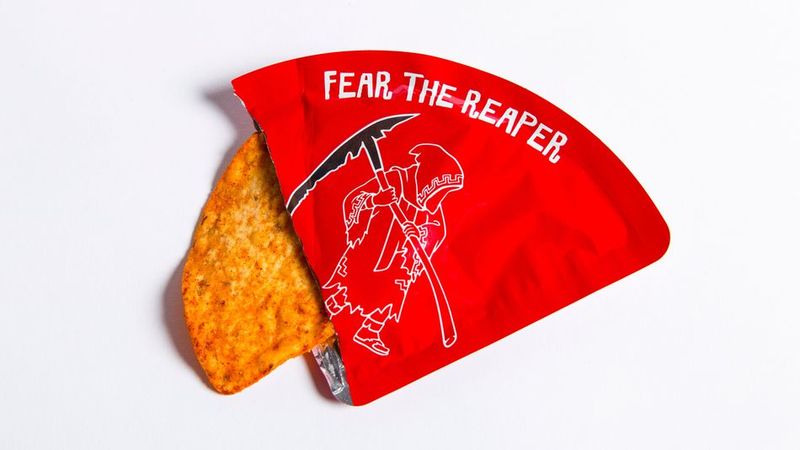 The 'Carolina Reaper Madness' Chips are Sold One at a Time

Though the decision to sell single chips is an attractive marketing tactic, it's also a matter of common sense. Concerned about proud daredevils trying their luck with an entire handful of the fiery snack, Paqui chose to preclude that scenario entirely.

The chip's packaging, cheekily shaped like a coffin, includes tips on how to successfully make it through a taste of Carolina Reaper Madness. It recommends chasing the chip with milk, ice cream, yogurt or honey to soften the spice.
5.5
Score
Popularity
Activity
Freshness
View Innovation Webinars