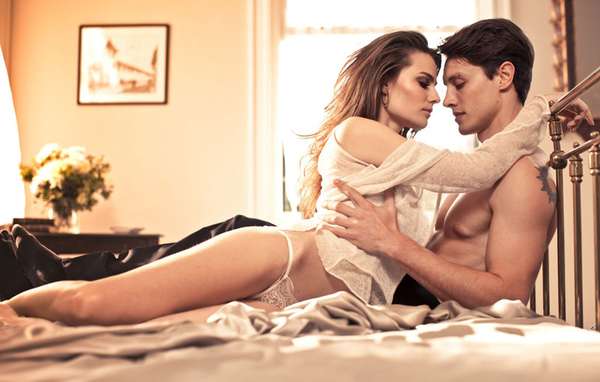 Meghan Young — March 21, 2012 — Naughty
References: vogue.globo & fashiongonerogue
The theme of the Carol Fontaneti Vogue Brazil editorial is a steamy honeymoon, which offers the perfect storyline to showcase sensual bridal lingerie. What better way to visualize these sexy and sophisticated undergarments than on a romantic getaway?

The Carol Fontaneti Vogue Brazil editorial was shot by Brazil-born, Paris-based model-turned-photographer Renné Castrucci. Starring alongside male model Fabio Nunes, the Brazilian beauty was styled by Marco Gurgel. He clad her in revealing, white lingerie that is entirely appropriate for the soft bedroom setting. The morning light streams into the misty space, creating a magical ambiance that gives the looks an elegant and even fairytale appeal.

The Carol Fontaneti Vogue Brazil editorial is accompanied by a sultry film that was impressively directed by Castrucci and Fábio Delai with production by Cavallaria Films.