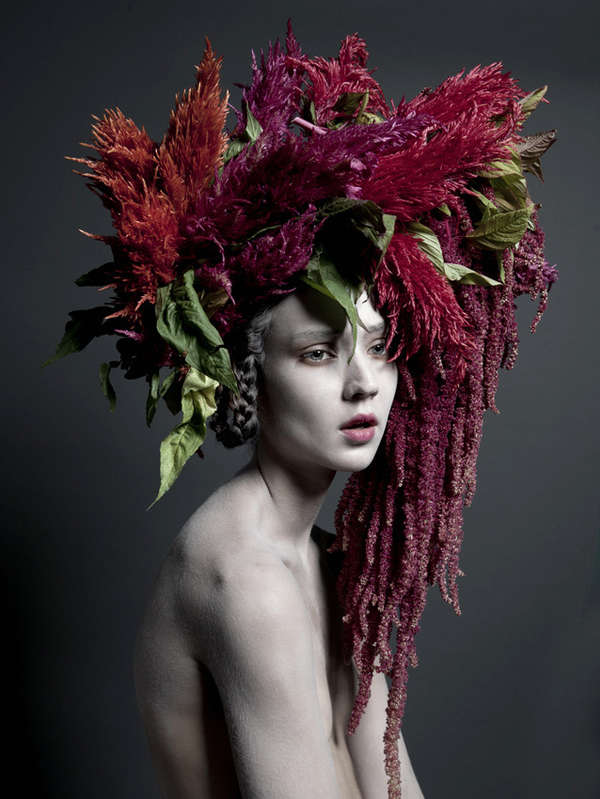 Tia Clarke — March 5, 2013 — Art & Design
References: thisisnthappiness & artblart
These images from artist Carine Thevenau entitled ‘Huldra’s Wood’ offers an insight into Scandinavian folklore. In the series, the model's head is weighed down by heavily ornamental head-pieces made from natural plants and blooming flowers. Even though the models are naked in some of the photographs, the images remain subdued, subtle and sophisticated. The series, which is based on a fictional fairy tale figure named the Huldra, is shrouded in a bohemian mysteriousness.

The photographs represent a fine art depiction of an intriguing childhood folklore fairy tale for the Nordic regions. Carine’s work has previously been featured in magazines all around the world, from Rolling Stone, to iD Magazine to Vogue. The series is currently on display at the Edmund Pearce Gallery until March 9th.