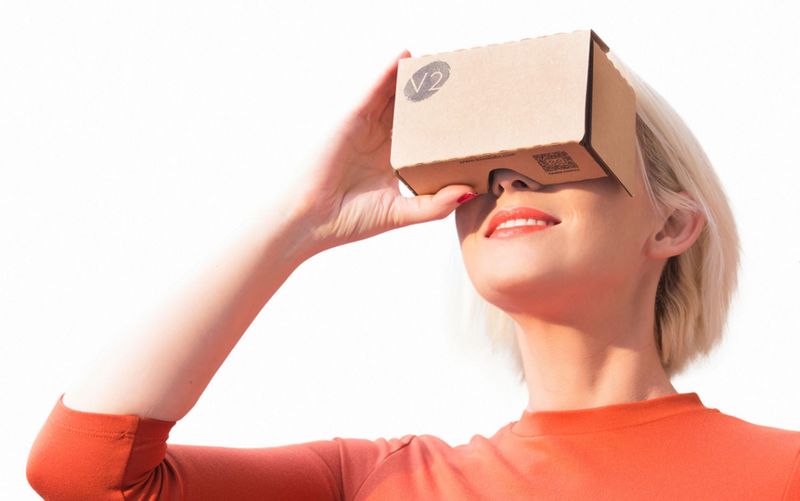 A Variety of Knoxlabs Cardboard Viewers for Varying Budgets and Preferences

Amelia Roblin — October 13, 2015 — Tech
References: knoxlabs & knoxlabs
Share on Facebook Share on Twitter Share on LinkedIn Share on Pinterest
Virtual reality media and games are increasing in production and prevalence, and these cardboard viewers have been designed to bring that technology to the masses. The fact of the matter is that a user doesn’t need to spend $200 on a plastic VR viewer unit with all of the bells and whistles; corrugated paper does the trick, when engineered just right.

Knoxlabs specially designs and molds their own lenses at their lab in Los Angeles. With the same attention, the ‘Google Cardboards’ are made from high-quality material within the United States. For a variety of different needs, Knoxlabs has released the Knox One, the Knox V2 and the Knox Next (to name a few), which pack up in different shapes. The especially transportable Knox One comes folded flat, the V2 comes ready-to-use with a flip-out visor, and the Knox Next's many creases contour your face even closer for increased visual immersion.

What Knoxlabs has done is raise the bar for cardboard viewers. No longer is this sort of product simply considered the more affordable VR option, but rather the much more versatile and accessible choice. These headsets have all of the functional, interactive and magical qualities that users seek for their virtual reality experiences.
7
Score
Popularity
Activity
Freshness
View Innovation Webinars