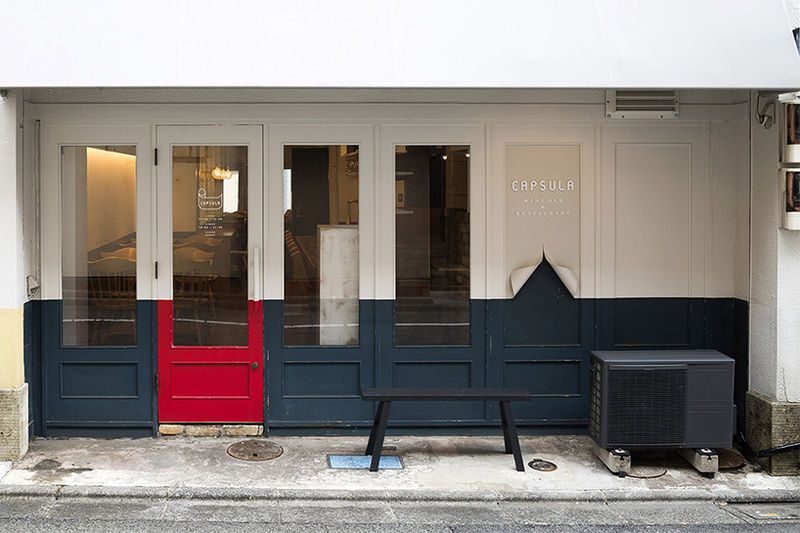 Capsula is Designed to Look Like a Peeling Label

Jamie Danielle Munro — July 19, 2014 — Art & Design
References: kit-kit & designboom
Share on Facebook Share on Twitter Share on LinkedIn Share on Pinterest
The Italian restaurant Capsula was redesigned on both the interior and exterior by Kei Harada, who used the idea of a label for inspiration. According to DesignBoom, "the façade now appears as if it has been wrapped with a label that begins to tear down the center of one of its five doors, above which a series of letters highlights the name of the establishment."

This touches are so subtle that until one understands the story behind the design, it simply looks like the pain just stops halfway up the storefront. After hearing that everything is based off a wine bottle label, it becomes more apparent what the designer was doing with the restaurant as a whole.

Capsula restaurant symbolically puts its products out in the open with this new store design.