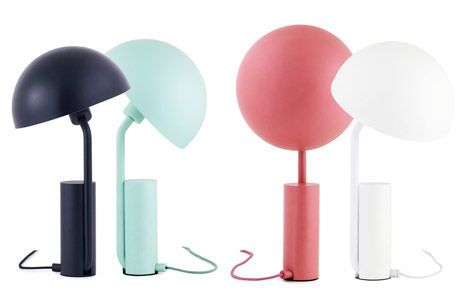 The Cap Table Lamp Borrows Design Inspiration from a Cartoon

Vasiliki Marapas — June 24, 2014 — Art & Design
References: normann-copenhagen & dezeen
Share on Facebook Share on Twitter Share on LinkedIn Share on Pinterest
German design studio Kaschkasch was inspired by an Italian cartoon character, Calimero, when designing the 'Cap Table Lamp' for Normann Copenhagen. The cartoon, which began as a mascot for selling soap and later became a Japanese series, is a chicken who wears an egg shell for a hat.

The Cap lamp features a geometric base and semi-spherical shade reminiscent of Calimero's egg shell; it is made from steel but covered in a matte finish. Nomann Copenhagen's CEO Poul Madsen explains, "The shade can be rotated, making it possible to direct the light. It can function as a reading lamp or to create mood lighting."

Kaschkasch designers Florian Kallus and Sebastian Schneider wanted the lamp to have a colorful personality in order to evoke an emotional response. In other words, they hope that the lamp's personality will help consumers identify with the product.