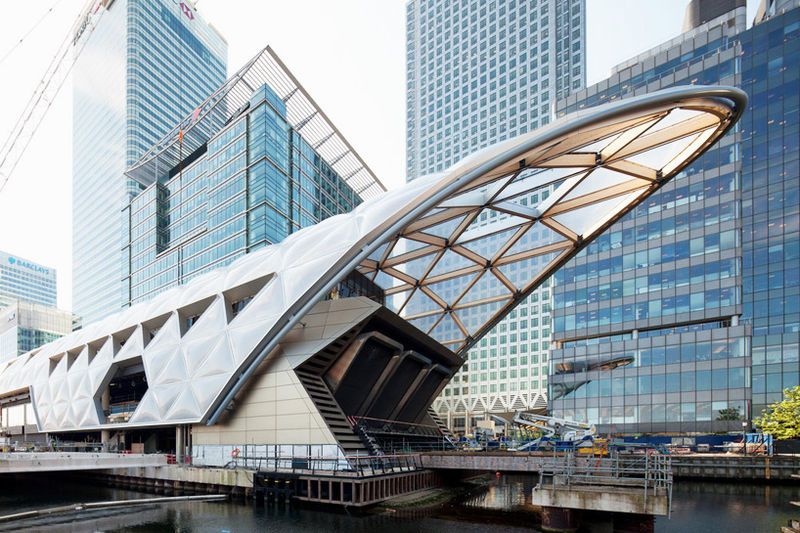 The Canary Wharf Station was Updated by Foster + Partners

The design by Foster + Partners features a latticed roof canopy, unlike most railway stations. "Crossrail, Europe’s largest infrastructure project, will connect the British capital from east to west, with ten stations and 42 kilometers of tunnels beneath the city," states DesignBoom. The entire also looks very futuristic with the roof jutting out in a curved shape over the ground. It certainly signals the modernity seeping through the transportation system in Britain. Using the train as a method of getting around is so common in the country, so it will help to have an additional network for commuting.