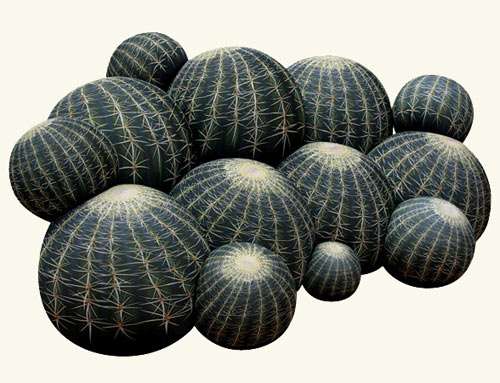 The Canape Cactus Couch by Maurizio Galante is Deceptively Uncomfortable

Meghan Young — May 1, 2012 — Art & Design
References: maurizio-galante & design-milk
Although people might find themselves feeling slightly reluctant at the idea of sitting on the Canape Cactus Couch, it should be noted that despite its realistic aesthetic, it is not actually made out of cacti. The prickly facade is just that, a facade. The thorny pattern has simply been printed on a bi-elastic fabric to give the illusion that it was plucked from a desert.

Created by Paris-based Italian designer Maurizio Galante for furniture manufacturer Cerruti Baleri, the Canape Cactus Couch is both ironic and playful. Its shape is as interesting as the disguise it takes on, although they go hand-in-hand together. Made up of a cluster of sphere cushions, the Canape Cactus Couch takes on the form of cacti to further its uncomfortable deception. It comes with a footrest.
3.1
Score
Popularity
Activity
Freshness