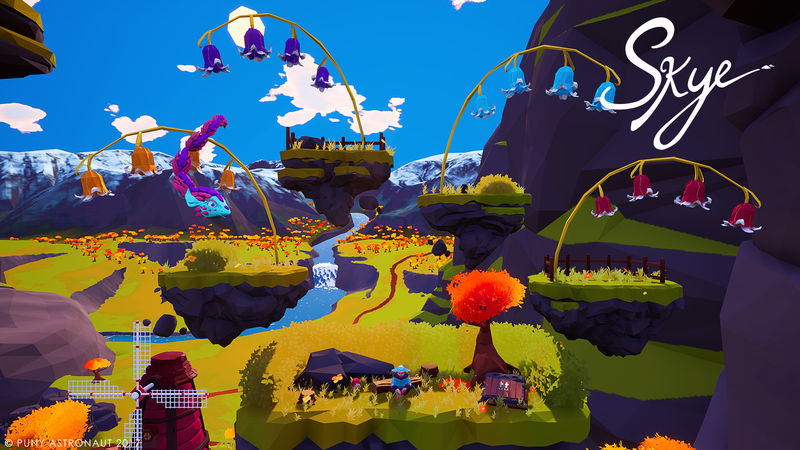 Justin Lam — March 21, 2018 — Tech
References: punyastronaut & engadget
Share on Facebook Share on Twitter Share on LinkedIn Share on Pinterest
Puny Astronaut's Skye is a crisp and colorful video game that combines eye-catching design and interesting gameplay. Instead of focusing on neon pixels, gun blasts, narrative adventures and action-packed space quests, Skye chose to create a rich fantasy world in a cartoonish 3D style. The art design is incredibly visually pleasing and part of the appeal of the game lies in the bright and striking art style that makes the world feel both mysterious and incredibly open.

Gameplay in Puny Astronaut's Skye involves traversing the environment as a flying dragon, playing with giant pianos, solving puzzles, coasting through fields of flowers and chatting with various townsfolk in the game. The game does not feature any evil monsters, weapons to find, traps to avoid or enemies to slaughter. The emphasis is on serenity and the game does not try to use any sort of violence in its implementation of engaging gameplay.
2
Score
Popularity
Activity
Freshness
Get Better and Faster